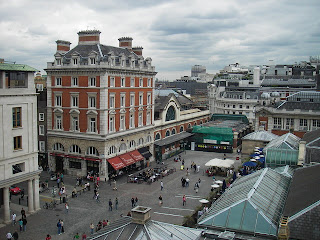 Situated on the eastern edges of London’s famous West End, between Drury and St. Martin’s Lanes, lies historic Covent Garden. Since the mid Twentieth Century, this former fruit and vegetable market has been a thriving tourist and shopping attraction, playing host to millions of yearly visitors. In addition to a variety of shops, public houses and restaurants, Covent Garden is also the home of the Royal Opera House, St. Paul’s Church (known as The Actors’ Church), the Theatre Royal, Drury Lane, and the London Transport Museum. 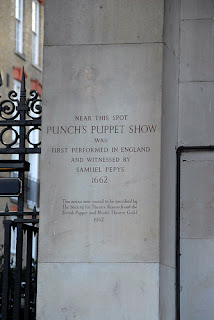 Of special interest (to me, anyway), Covent Garden was Mr. Punch’s first home in England after his metamorphosis from his Italian Pulcinella roots. According to the famous story, Samuel Pepys was the first to make written mention of Punch when he observed a puppet show offered by a “Professor” known as “Signor Bologna” on May 9, 1662. Pepys wrote in his diary on that date, “Thence with Mr. Salisbury, who I met there, into Covent Garden to an alehouse, to see a picture that hangs there, which is offered for 20s., and I offered fourteen—but it is worth much more money—but did not buy it, I having no mind to break my oath. Thence to see an Italian puppet play that is within the rayles there, which is very pretty, the best that ever I saw, and great resort of gallants.” The date of this first written mention of Mr. Punch was adopted as his birthday. So, on Monday, he’ll be embarking on his 349th birthday. Punch will forever be associated with Covent Garden. A plaque commemorates his birthplace, and his presence is evident everywhere from the performances in the square to the pub named in his honor. 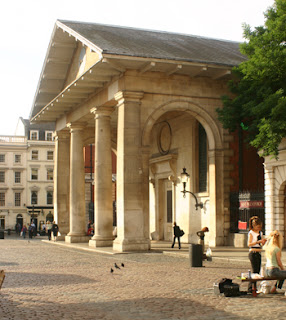 Until the sixteenth century, Coven Garden was still a series of connected fields upon which grew fruit trees, flowers and other crops. The area was settled briefly when the land became the center of the Anglo-Saxon trading town of Ludenwic. However, that faded back into fields by the Thirteenth Century when the farm land was acquired by Westminster Abbey as a source of crops of the residents of the abbey. At this point, the land was often referred to “The Garden of the Abbey and the Convent”—casually known as “Covent Garden.” The land remained under the direction of Westminster Abbey until it was appropriated by Henry VIII in 1540. Henry gave the land which crosses into both the Cities of Westminster and Camden to the Earls of Bedford who, wishing the attract wealthy tenants, commissioned famed architect Inigo Jones to design a series of luxurious townhomes on an elegant square which would prove as the model for London’s swankiest squares. 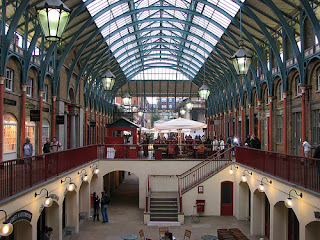 For awhile, Covent Garden was an elite address, however, the introduction of the Fruit and Vegetable Market in 1654 met with the disapproval of the square’s fashionable residents who quickly moved to newer parts of the City of Westminster. The area soon became disreputable, becoming the home of artists and prostitutes alike. Theaters and pubs became commonplace, and though the market continued to thrive, Covent Garden became known as a less-than savory part of town.

By Queen Victoria’s reign, Parliament had vowed to clean up the area. Charles Fowler’s large neoclassical structure enclosed and organized the market and the theaters began to operate under Royal decree. From 1830 onward, Covent Garden thrived—regaining its status as a gathering place, but also affording a welcoming atmosphere for artists and street performers. 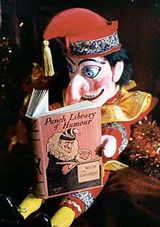 In the 1960’s, traffic in the area made it unsafe. By 1974, the decision was made to move the Fruit and Vegetable market, converting the space into a shopping and recreation area. It remains so today. Covent Garden is one of the iconic spots of London. Visitors to the area flock to this wonderful assortment of buildings and venues to soak up the best of London’s culture.

Posted by Joseph Crisalli at 3:04 PM

Email ThisBlogThis!Share to TwitterShare to FacebookShare to Pinterest
Labels: Building of the Week, London