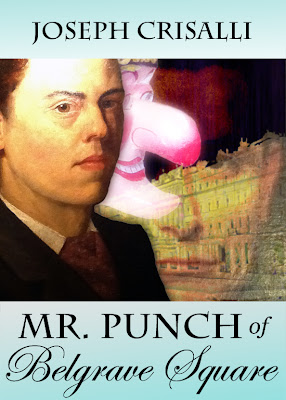 Chapter 209
Made of Worry

“You’re awful quiet, Chum.” Mr. Punch smiled across the library of No. 65.

“I know.” Robert smiled slightly. He gently placed his teacup on the small pietra dura table to his right. “I suppose I’ve slipped into my own mind.”

“Well, no one understands that more than me, Chum.” Punch winked.

“I was just replaying the events of the day in my thoughts.”

“It didn’t start out so good.” Mr. Punch shook his head. “But, it ended best it could.”

“I’d say so.” Robert nodded slowly. “I never thought that I would be sitting with the Queen, chatting of my life with Her Majesty as if we were the oldest of friends.”

“Her Majesty is our friend, Chum.” Mr. Punch said reassuringly.

“I’d always thought that your relationship with the Crown was your own, something upon which I’d dare not intrude. Yet, I felt so comfortable today.”

“Her Majesty likes ya. Coo! You helped bring Prince Leopold into the world. You’re always gonna enjoy a spot in Her Majesty’s favor.” Mr. Punch exclaimed.

“I just hope that we didn’t add too much weight to the Royal shoulders.”

“If the Queen didn’t think she could help us, she wouldn’t have offered.” Mr. Punch replied. “We shall return tomorrow to hear of Her Majesty’s scheme to end this mess with Miss Stover, Hortence and that horrible Orpha Polk.”

“Well, when Hutchinson doesn’t return to them, they will become aware that something is amiss.”

“But, they ain’t got no way of knowin’ that Hutchinson was taken by the palace guards.”

“They may not be educated, but they’re no fools. They’re sure to realize. Ellen…or Orpha or whatever she’s called…she’ll be the first to realize.”

“They can’t get to us, Chum.” Mr. Punch said soothingly. “Her Majesty’s got men hidden in the square, all of ‘em watchin’ this house. Furthermore, all the doors is locked and we already ‘xplained to the staff not to let no one in tonight. No one is to come in and no one is to go out. Furthermore, Gamilla’s gonna stay with Colin all night and Georgie’s sittin’ in the passage keepin’ watch.”

“Dear Punch,” Robert smiled. “I understand that you’re correct. It’s only that sometimes worry gets the better of me.”

“Oh, I know how that is. Maybe not even so much for me-self, but remember, I live in the same body as Julian what is, most of all, a true creature made of worry.”

Punch decided it best to distract Robert slightly without entirely changing the subject. “You know, I were concerned ‘bout Violet. But, she took the news of Hutchinson’s treachery well ‘nough.”

“At least she appeared to.” Robert nodded.

A knock on the door prevented the two from further discussion. Punch squinted, wondering who would be knocking. Were it Speaight or Charles come to clear the tea things, they’d have just entered the library.

“Sirs,” Violet answered softly as she entered the room.

“Oh?” Violet mumbled. “Your Grace, do you mind if I have a word with you and Dr. Halifax?”

“Of course not.” Robert shook his head. “Come in and sit.”

Violet reluctantly sat in one of the armchairs.

“Your Grace, I know I shoulda talked to Mr. Speaight first only I knew what he’d tell me and I thought maybe if I came to Your Grace…”

“With all respect, Your Grace, I’d like to leave my position.”


Did you miss Chapters 1-208? If so, you can read them here. Come back tomorrow for Mr. Punch of Belgrave Square, Chapter 210.

Posted by Joseph Crisalli at 12:12 PM