Object of the Day: A Commemorative Coronation Cup, 1911 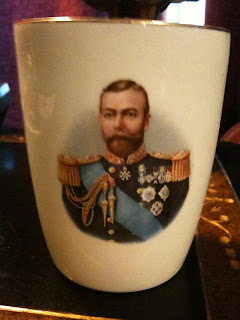 In Westminster Abbey on June 22, 1911, the coronation of King George V and Queen Mary commenced amongst much celebration by the British people. George V succeeded his father, King Edward VII, who died on May 6, 1910. George was the grandson of Queen Victoria and Prince Albert. His wife, Mary of Teck (Princess Victoria Mary of Teck) had initially been engaged to his brother, Albert Victor, Prince of Wales who had died of pneumonia. Upon his brother’s death, during their shared period of mourning, a relationship began between Mary and George, and they wed in 1893 with Queen Victoria’s blessing.


Commemorative china and other items were traditionally created to mark special occasions in Britain. These objects served as a way of providing the public with representations of popular figures of their day. Long before the days of Facebook, you could “like” a monarch by collecting commemorative objects. This bone china cup was manufactured by Royal Doulton to celebrate the coronation in 1911. The particularly fine china is decorated with gold details and bears images of George V, Mary of Teck and each of their ciphers surmounted by their respective crowns and the date of the coronation. 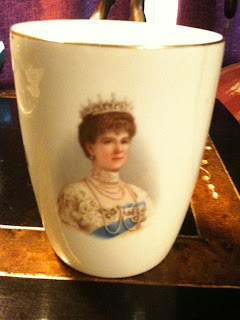 King George V faced many challenges during his reign. World War I changed the Empire in unprecedented ways and George soon saw a world which had previously been ruled by members of his family, falling into the control of other powers. After the war, his health began to decline dramatically after years of suffering from respiratory problems and a fall from a horse. On January 20, 1936, King George V had taken a turn for the worse. So that his death would be painless (and also so it could be reported in the morning papers), at 11:55 P.M., his physician administered a lethal injection of cocaine and morphine. His last words were “God damn you,” as the nurse injected him.

George V was succeeded (briefly) by his son who was styled as King Edward VIII. Thus began a rather wacky period in British Royal history. King Edward VIII abdicated the throne (we won’t get into that right now) and was succeeded by George and Mary’s second son, King George VI (father of Queen Elizabeth II). Queen Mary stuck around for quite a long time, enjoying the company of her grandchildren. She died in 1953 from lung cancer—just ten weeks before the coronation of her granddaughter, Queen Elizabeth II. 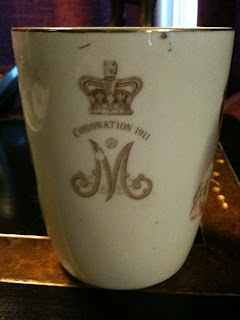 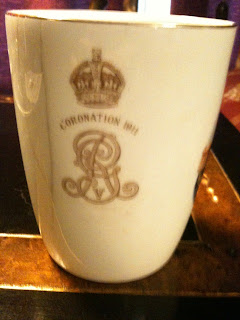 Posted by Joseph Crisalli at 10:53 AM