Object of the Day: An Antique Fleur-de-lis Sitckpin 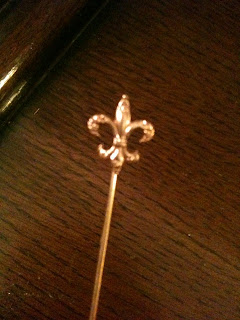 
I’ve always had a fondness for the fleur-de-lis as both a graceful image and for its historical significance. I was thrilled to receive this antique stickpin as a gift from my parents. Dating to mid Nineteenth Century, this gold fleur-de-lis is delicately modeled and shows crisp, exquisite detail. I’m not entirely sure of its origins, but I’m guessing, by looking at the workmanship, that it is English in origin since it stylistically shows the trademarks of British jewelry-making with its sharp detail and fine casting. 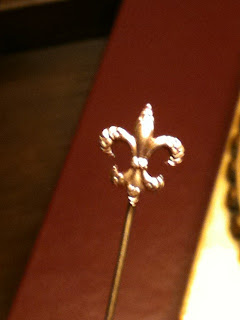 Posted by Joseph Crisalli at 8:52 AM

Email ThisBlogThis!Share to TwitterShare to FacebookShare to Pinterest
Labels: antique, jewelry, Object of the Day, stickpin