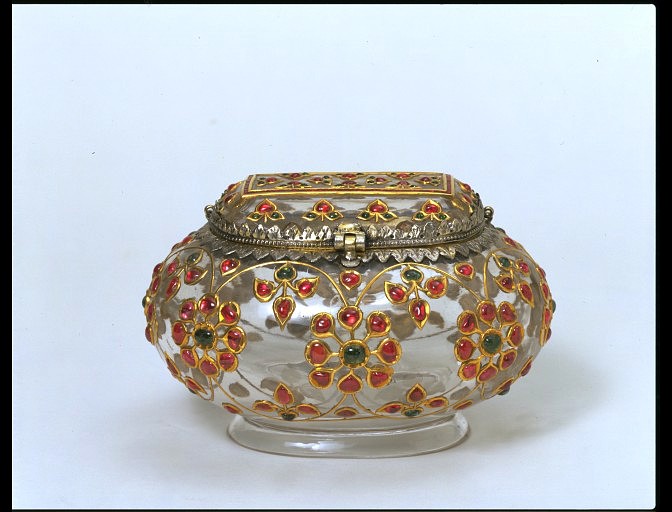 This small box and cover from the Victoria & Albert Museum is entirely crafted from rock crystal and set with rubies and emeralds in gold. The lid attaches to the box with silver mounts and hinges which are most likely a  later addition to the box.

A truly sumptuous piece like this would have been made within the Mughal  Empire around  first half of the 18th century, possibly for export or presentation.  This box was bequeathed to the Victoria & Albert Museum by Arthur Wells of Nottingham in 1882. Wells had purchased the box at the 1875 sale of the collection of Mughal hardstones amassed by one Colonel Charles Seton Guthrie.

Much of Colenol Guthrie's collection had already ended up in the museum, having been bought by the Indian Museum in 1868 and transferred to South Kensington in 1879.
Posted by Joseph Crisalli at 2:09 PM