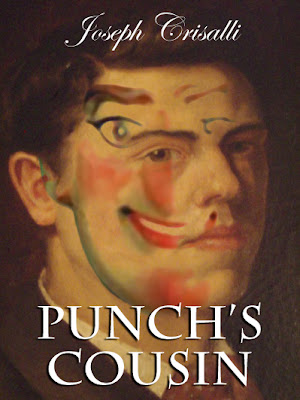 Mala scratched her thighs as she shuffled lazily, yet angrily, through the mist.

"Fetch me this, Mala," the grotesque woman muttered irritably to herself as she trudged along.  She affected something akin to Iolanthe Evangeline's commandingly pompous voice, "'You ugly little hog, I know you're thinkin' how much you hate me and I don't want you thinkin' I don't.'" Mala mocked her imperious employer.  "What's that even mean?"

Scowling, though it was difficult to differentiate that expression of discontent from her usual countenance, Mala--in her own limited way--began to review her situation.

"Wouldn't talk to me like I was some kind of trash if I done had a pretty face like the other girls.  Oooo, what I'd do.  If my nose wasn't so much like a sow, my eyes like a cow, and I didn't got this here limp.  If my eyes was in the same spot on each side of my face and I didn't got no fat lump on the back of my neck, I'd be like the others--high-tone, fine, soft dresses and flowers behind my ears.  Cologne on my legs and butter on my lips.  Miss Iolanthe, she wouldn't talk to me like no mule.  I'd not have to wash the parts of her body she don't even want to touch, I wouldn't have to slosh her slop down my arms and get her stink under my fingernails and I sure as hell wouldn't be out in the freezin' night to wake some fool druggist."

Mala literally spat upon the cold ground and continued her rant.  "'Wrap my hands, Mala.  I'm hurt Mala.  Help me, Mala!  Go to the druggist, Mala.'. Help your own damn self, woman!" Mala sighed.

She didn't understand why she had to go to the druggist for the powders Iolanthe asked her for.  "Them things ain't gonna help her hands none." Why'd she want that stuff anyhow?  That was the stuff Mala had to buy when one of the girls got herself in trouble.  "Ain't gonna doctor up no burned hands.  A little mustard'll do that right fine."

At first, Mala didn't even notice Odo stumbling toward her.  However, he saw her.

Odo grinned at the sight of Mala's deformed face and knew that the pudgy hobgoblin was his ticket back into Mr. Cage's good graces.