The Art of Play: Theater Bilderbuch, 1885


Produced in Germany in 1885, this colorful book comes alive with four pop-up toy theatre scenes - Little Red Riding Hood, Hansel and Gretel, Adoration of the Magi and Christmas Eve. Each scene arises in three dimensions on a stage and is accompanied by a verse or scene printed in German.

Notice who is on the cover—our Mr. Punch! He seems to be making a rare German appearance. Actually, this is Mr. Punch’s German cousin, Kasper. They look a lot alike.

This is an unusual variation of the toy theatres which were popular throughout Europe during the second half of the Nineteenth Century. Clearly the book was created to be given as a Christmas gift. The final scene depicts Christmas Eve in a typical German house. Set on a stage with a youthful orchestra in front, the Christmas scene’s three-dimensional effect the best of the lot.

Click the images to enlarge them.  It's worth it. 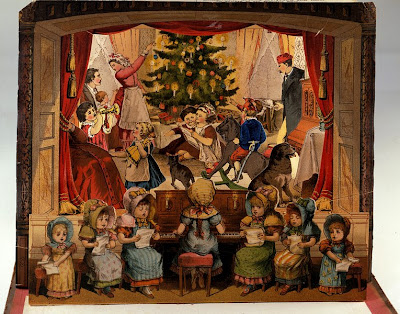 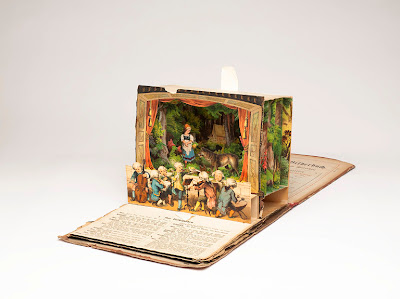 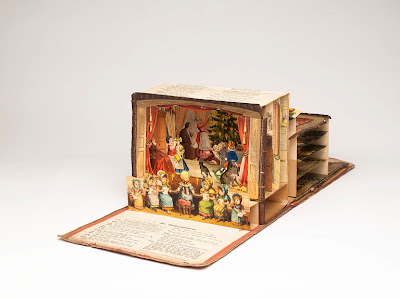 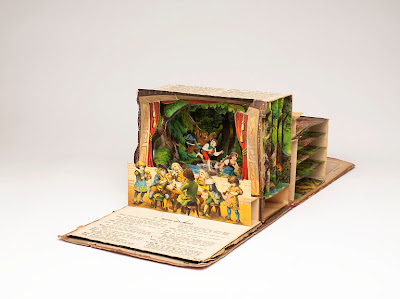 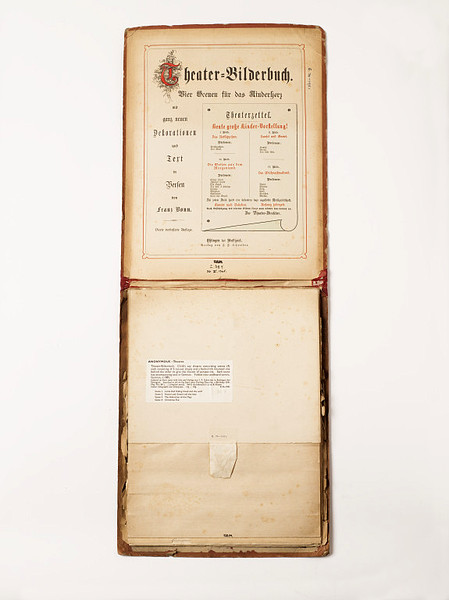 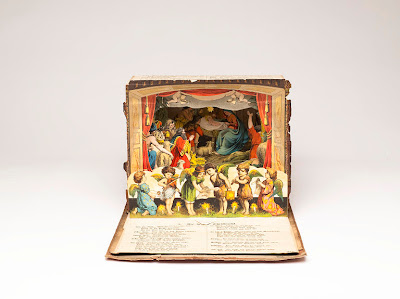 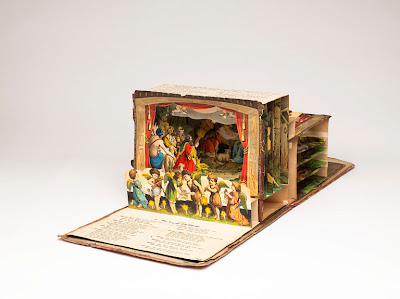 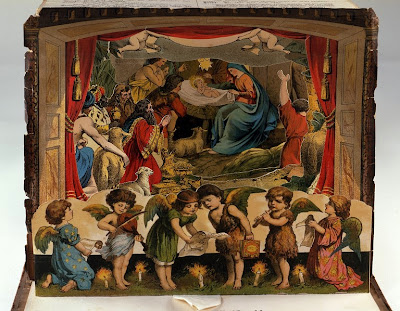 Posted by Joseph Crisalli at 10:12 AM

Email ThisBlogThis!Share to TwitterShare to FacebookShare to Pinterest
Labels: antique, Ephemera, German, Mr. Punch in the Arts, The Art of Play