Her Majesty's Furniture: The Darras Chair, 1900 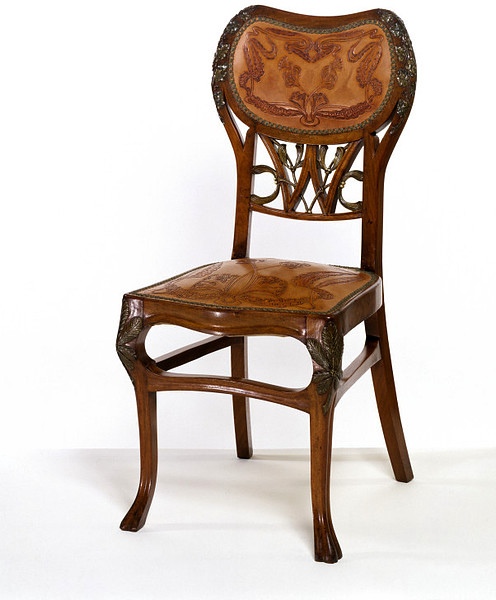 Exhibited at the International Exhibition in Paris in 1900--the exhibition which established Art Nouveau as the dominant modern style of decoration throughout Europe--this chair wowed the juries with its complicated design of undulating lines and the contrast of the formalized motifs on the leather panels depicting chestnut leaves, mistletoe and sprays of ivy.

The same foliate patterns are depicted in a much more realistic manner on the legs and back of the chair. This type of contrast in design was a speciality of the maker, A. Darras, about whom very little is known.

The sturdy frame is constructed of walnut, however, the original leather panels suffered from rot and were reproduced by the conservationists at the Victoria & Albert Museum who used the patterns originally employed by Darras himself.
Posted by Joseph Crisalli at 6:59 AM