Person of the Week: Jean Marsh 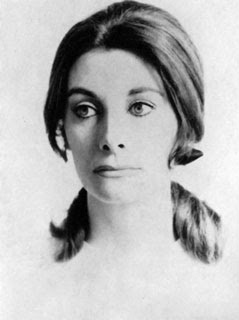 As a passionate devotee of ITV’s Upstairs, Downstairs, I have a perennial soft-spot for the goings-on at the fictional 165 Eaton Place. I was quite delighted this weekend to get my first look at the continuation of the series which was broadcast on BBC 1 during Christmas of 2010. I have to say that it’s even more brilliant than I’d hoped! But, we’ll have more about that in our “Sunday Viewing” feature in a few days.


One thing is for sure, for me, the heart of Upstairs, Downstairs is Jean Marsh who not only plays “Rose Buck,” but also one of the two women who created the show in 1971. Eileen Atkins (who now stars in the newest version of the show) and Jean Marsh worked together to create a series which would truthfully depict the lives of the people “below stairs.” While most dramas dealt exclusively with the high-tone antics of the upper class, Marsh and Atkins knew that the staff members of grand homes had their own equally-interesting worries and tales. This concept developed into the program that we know today.

However, there’s more to Jean Marsh than just Rose Buck. Miss Marsh has enjoyed a distinguished and fascinating career. Born in Stoke Newington, London, Miss Marsh wished to pursue acting at an early age, and in the 1950’s and 1960’s won many roles on popular television programs both in the U.K. and the U.S. Some of her standout turns on television include appearances on The Twilight Zone, Gideon’s Way, I Spy and The Saint. In the late 1960’s, Miss Marsh appeared several times in Dr. Who as well as the serial, The Crusade.

The 1970’s were a fruitful and exciting time for Jean Marsh as Upstairs, Downstairs became an international hit which won her many awards, including an Emmy, for her work as house parlor-maid, Rose Buck. Following the initial conclusion of Upstairs, Downstairs in 1975, Miss Marsh continued to work in television and also picked up with her film career, appearing in prominent roles in several large productions. 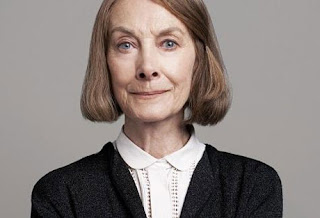 In 1991, Atkins and Marsh again reteamed to create a new series—The House of Eliott—which ran through 1992. Now, with the revival of Upstairs, Downstairs, Miss Marsh and Rose are once again visiting our homes.

For her many contributions to the arts through her superlative acting, writing and overall beautiful way of thinking, Jean Marsh is our “Person of the Week.”

Posted by Joseph Crisalli at 3:22 PM

Email ThisBlogThis!Share to TwitterShare to FacebookShare to Pinterest
Labels: Person of the Week, Upstairs Downstairs