Object of the Day: A Portrait of General Ignacio Zaragosa 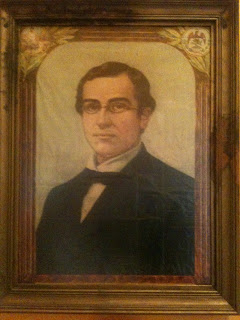 I bought this 1860’s-era print several years ago. At the time, I didn’t know who the subject was, but there was something familiar about him. The two seals at the upper corners indicated that this was a figure from Mexican history. As it turns out, this is a portrait of General Ignacio Zaragosa.


Ignacio Zaragosa was one of the most celebrated Generals of the Mexican army of the mid-Nineteenth Century. Knowing nothing about Mexican history, I discovered that Zaragosa is best known for leading the defeat of French forces at the Battle of Puebla on May 5, 1862 (Cinco de Mayo). He died shortly afterward at the age of thirty-three of Typhoid fever. He is pictured on the Mexican $500 bank note. 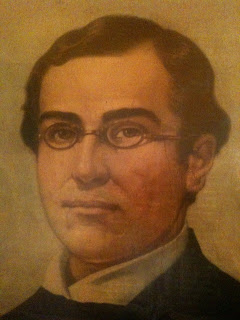 Posted by Joseph Crisalli at 9:11 AM

Email ThisBlogThis!Share to TwitterShare to FacebookShare to Pinterest
Labels: antique, Object of the Day, print