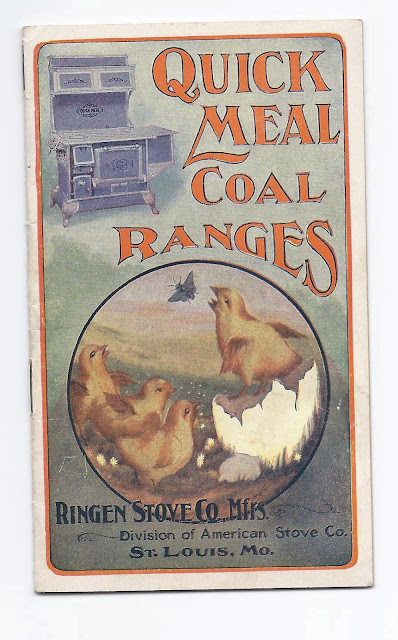 "QUICK MEAL"
DRAWING BOOK
-------
This little booklet will amuse the Children. Let them
copy the pictures on the Tissue Paper.
--------

Punch and Judy
of olden times
Are now the subject of
our rhymes.
Punch’s appetite was
great,
So he ordered Judy to
cook a steak.

Now Judy, you know,
had an old time
stove,
And to cook for
Punch she often
strove;
But Punch could not
be pleasant or glad,
And oft at mealtime
he was mad.

One day, when he was
in a fit,
And Baby cried ‘till
it was sick,
Punch threw it madly,
out of doors;
Poor Judy shrieked
aloud, of course.

A Policeman came
into the door,
And Judy cried
aloud some more;
But Punch could not
be taken in,
And swore the battle
he would win.

He won the battle
To be sure,
But could not win
Poor Judy more.
A bright idea popped
in his head—
“I’ll get a QUICK
MEAL RANGE,”
he said.

So when the Range
was set up right,
Judy worked with
all her might,
And cooked, and
cooked—morn,
noon and night,
You never saw such
a pretty sight.


This fanciful little booklet, complete with its original tracing paper inserts, was made to advertise St. Louis-based “Quick Meal Coal Ranges” and Gas ranges for the Ringen Stove Co. of Missouri. Since the booklet mentions the World’s Fair, we can guess that it was made after the 1904 St. Louis World’s Fair.

This American company has cleverly featured Britain’s Mr. and Mrs. Punch and their baby. Punch, as you’ve just read, is annoyed by Judy’s slow range and tosses the baby out of the window. But, after gleefully smashing the Beadle, Punch decides he can make everything right by buying Judy a new range. And, actually, it does seem to do the trick.

I can’t tell you how much I love the illustrations in this booklet. They’re too wonderful, and I adore the look of utter joy with which Punch approaches everything he’s doing. He’s as happy with his meal of turkey and hams as he is just to throw the baby out of the window. And, that’s why we love Mr. Punch.

I’ve scanned most of the book for you. Enjoy the pictures. They’re quite a treat. You’ll see that some of the pages are covered by the original tissue paper. I’ve moved the paper out of the way in the next image.  I'm just surprised it was never drawn in. 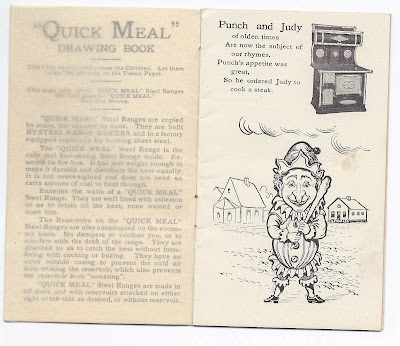 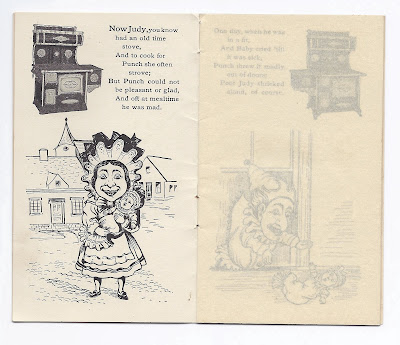 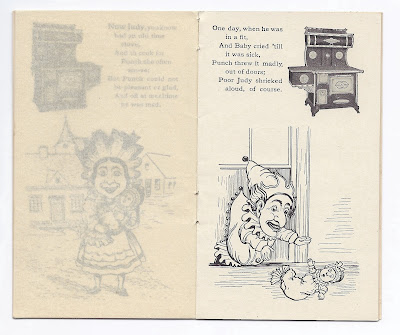 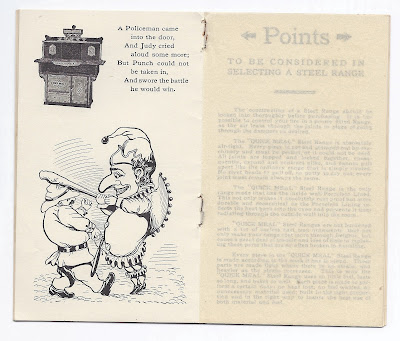 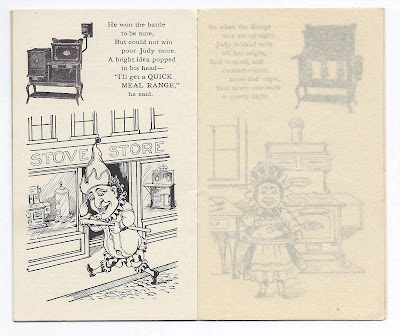 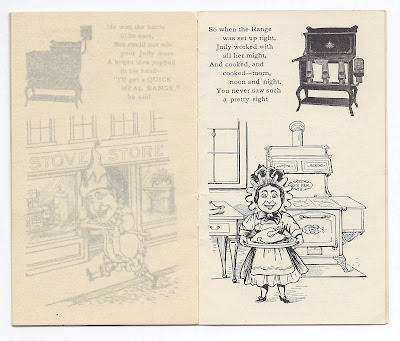 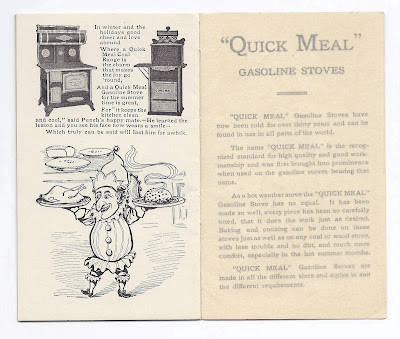 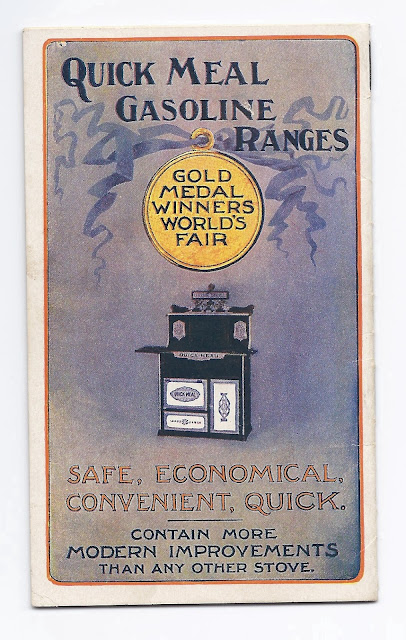 Posted by Joseph Crisalli at 1:34 PM