At the Great Exhibition, Queen Victoria and Prince Albert where seen frequenting the exhibits of French goldsmith François-Désiré Froment-Meurice whose bejeweled masterpieces were the cause of much celebration at the Exhibition. Known for his Gothic Revival gold-work, Froment-Meurice had already made an impression on the Royal Couple several years earlier with works which were decidedly naturalistic in style.


In 1848, Victoria purchased a gem-set, enameled match holder from Froment-Meurice. The enameled case is set with rubies and silver plaques depicting mythological scenes. The whole of the piece is painted with silver volutes. The handles feature delicately molded birds of paradise which mirror the graceful lines of the figure who perches atop the globe which surmounts the cover. Though this piece is not signed, it has been attributed to Froment-Meurice for several reasons. The globe upon which the languid figure stands is surrounded by a banner depicting the signs of the zodiac. This was a hallmark of Froment-Meurice’s work. Furthermore, the birds of paradise are identical to a pair of earrings created by the artist in 1849. 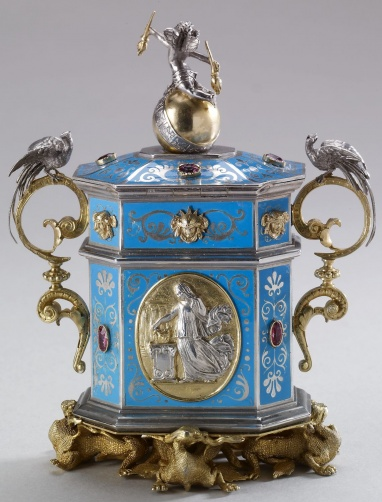 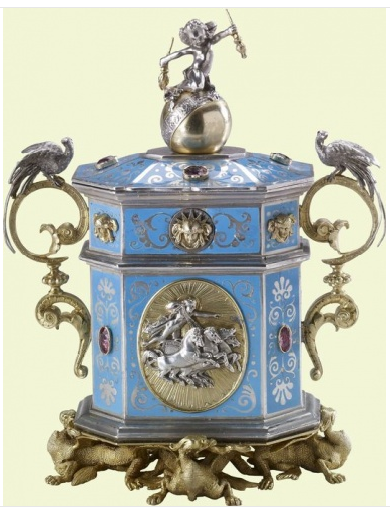 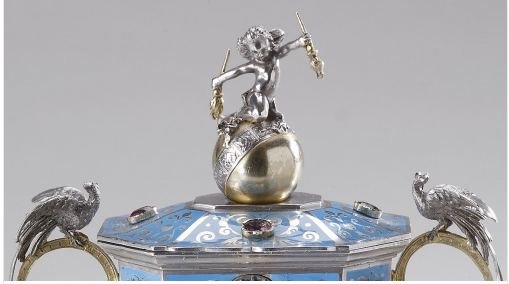 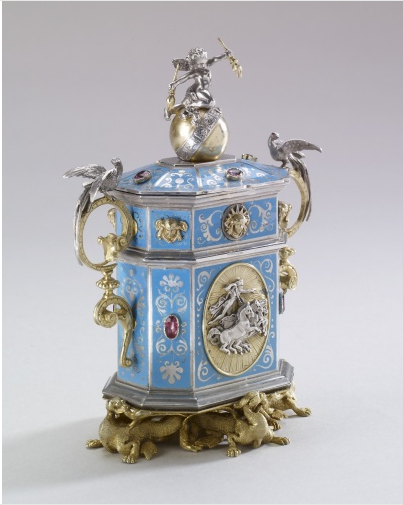 Posted by Joseph Crisalli at 2:47 PM