Here we see a chandelier of painted and gilt wrought iron designed in a triangular form, and surmounted by a large suspension ring. The entire fixture is adorned with cusped arches, pinnacles and Gothic foliage with branches and pans for 6 candles. Each cup features borders of openwork running foliage while the central socket of the chandelier shows a fitting for either thinner candle or the figure of a saint.


This is a chandelier in its purest form since, after all, a “chandelier” is literally a “candleholder,” with its name deriving from the French word for candle, “chandelle.” Hanging chandeliers have always been important functional and decorative interior details.

The earliest chandeliers evolved from “candle-beams” which were essentially two pieces of wood which were nailed together in the form of a cross with spike at each end. Candles of animal fat (or tallow) were fixed on the spikes. By the Fifteenth Century—when this example was made, chandeliers had evolved into the ring or crown designs with which we’re most familiar. These became popular in cathedrals and the palaces and estates of the wealthy. Over the course of the Fifteenth Century, chandeliers became increasingly ornate, and, ultimately were hung with glass or rock crystal. The finest chandeliers of this era came from Germany especially from the areas around the lower Rhine near Cologne and in northern Germany. 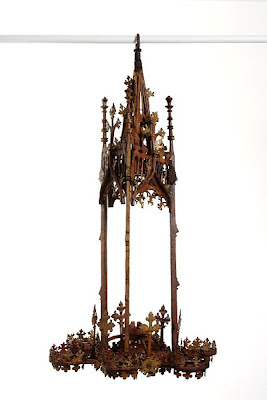 This chandelier came from a church and is a rare surviving example of ecclesiastical Fifteenth Century lighting. Furthermore, it is an equally dear example of an iron chandelier, created during a time when most chandeliers were made of less-expensive cast brass. This fixture was one of the Victoria & Albert Museum's early purchases. It was bought in 1857 for £25 and signalled a change in direction in the Museum's collecting priorities under the direction of John Charles Robinson who began as curator in 1853. 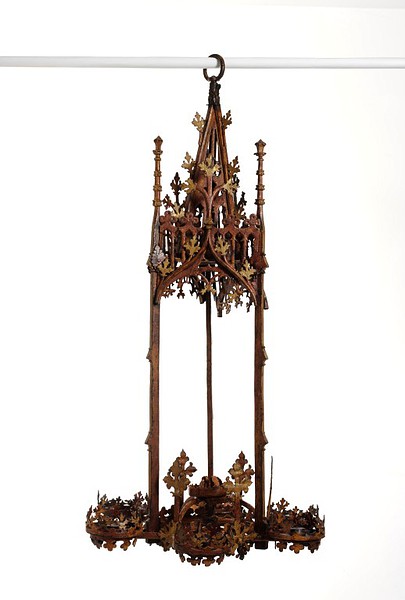 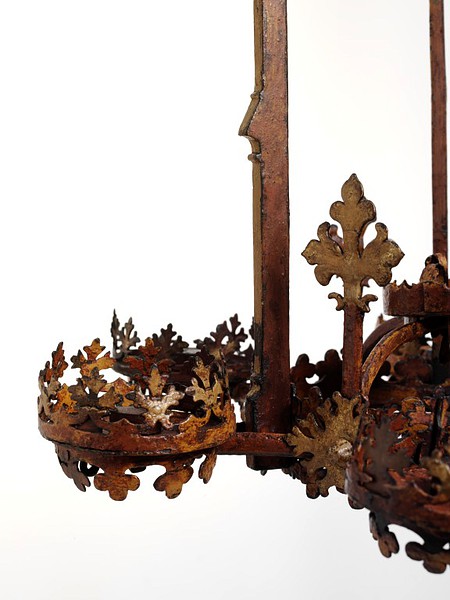 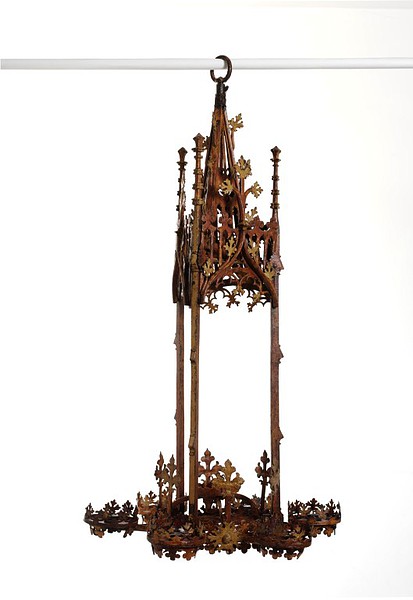 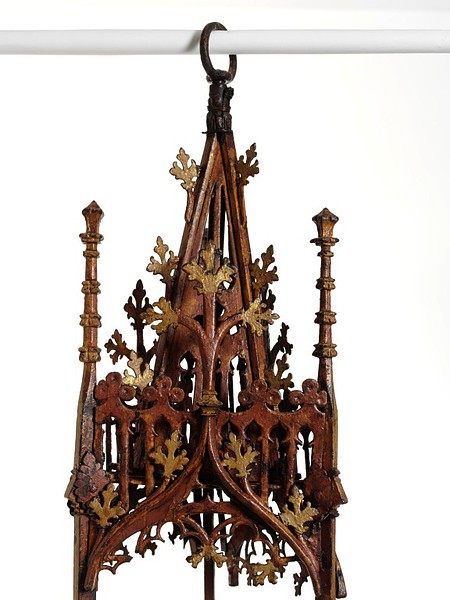 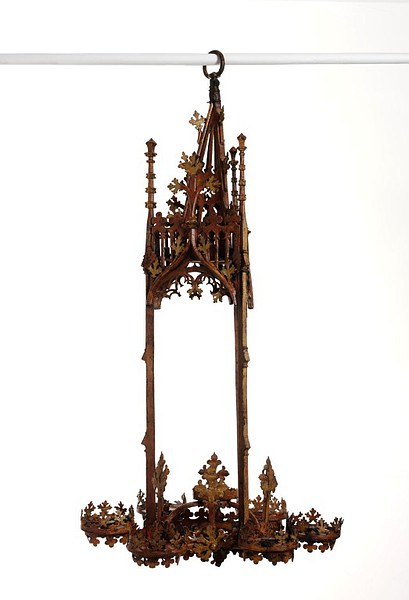 Posted by Joseph Crisalli at 1:15 PM