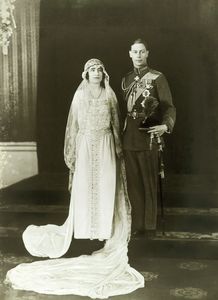 On April 26, 1923, The Duke of York married Elizabeth Bowes-Lyon at Westminster Abbey. Little did he know that one day he would be king. Elizabeth who was reluctant to marry into the Royal Family, might not have done so if she knew that she would one day be the Queen Consort. However, as both Queen Consort and Queen Mother, Elizabeth proved to be steadfast and loyal—perfect for her Royal life.


Let’s take a look at some silent footage of their beautiful marriage.

Posted by Joseph Crisalli at 8:34 AM