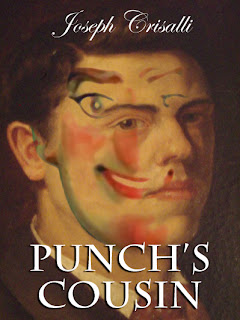 Mala grumbled and scowled as she entered Barbara Allen’s room for the sixth time that night.

“I’m sorry to bother you, Mala.” Barbara smiled as politely as she could.

“Were you able to have my letter delivered?”

“One of them men brought it to Royal Street.” Mala hissed.

“Do you know if Mr. Van Eyck received it?” Barbara asked.

“You want anything else?” Mala asked.

“No,” Barbara shook her head. “Nothing else.”

“Oh, Mala wait.” Barbara called out. “Yes, could you tell me where Miss Iolanthe has gone?”

“I see.” Barbara responded. “Will you send Agnes to me?”

“Dunno.” Mala shrugged. “She in bed with a headache.”

“For true, anything else?” Mala spat.

“No.” Barbara said and watched as Mala stumbled out of the room.

Shivering, Barbara rushed to her wardrobe and looked for her boots. She found them beneath the muddy and bloody clothes she had worn to Iolanthe’s.

As quickly as she could, Barbara dressed herself in one of the new gowns that Iolanthe had provided and laced up her old boots. She wasn’t sure how Iolanthe would react if she found out that Barbara had left. If Iolanthe objected, Barbara imagined she could use her “madness” as an excuse. Still, Barbara thought, she’d do well not to alarm or anger Iolanthe. That would only work against Barbara’s plans.

Barbara rushed to her desk and without sitting began to write a note. Recalling the Shakespeare she had read as a youth, Barbara crafted the maddest sounding note that she could, explaining to Iolanthe that she would return once she felt the soothing peace of “Mother night, caressing my face.”

“Besides,” Barbara thought, “I’ll be back before she returns.”

With a nervous sigh, Barbara crept out of her room in search of Charles and, hopefully, one final glimpse at her son.

Meanwhile at the Royal Street Mansion, Mr. Punch gently picked up his puppet and sat on the parlor’s settee.

“Listen, wooden head,” Punch began as Marjani and Robert watched. “You hear that? Charles has gone and taken himself out. Why can’t these people just stay still in one place?”

“Whatever would move Charles to leave this house?” Robert grumbled.

“That’s easy enough to answer,” Punch shouted, waving his puppet at Robert. “Barbara! She’s got a hold on that boy. Folk call me mad, they do, but I know well enough not to continually thrust my affection upon evil.”

“He well could have,” Robert nodded. “What does that have to do with Charles?”

“Well, didn’t Marie make Barbara miserable?” Punch added. “And, ain’t his own brother in the care of Marie?”

“But, Charles is hardly a vengeful person. Furthermore, we don’t know if Charles’ brother is still with Marie.”

“If we don’t know, Charles don’t neither.” Punch sighed. “And, I wouldn’t be so fast to say that Charles ain’t a vengeful bloke. What do we know ‘bout him really? Didn’t he come to us through Barbara as part of a scheme of hers? Didn’t he leave the place where he were workin’ to follow Barbara here? Ain’t he the brother of a man what’s stolen and killed? Who’s to say Charles ain’t just as bad? He’s been funny with me, he has. He’s been mean and short, givin’ me nothin’ but judgment and contempt.”

“It ain’t that simple.” Marjani shook her head.

“True, Marjani,” Robert nodded. “Charles—as your employee—is your responsibility. Furthermore, whether he’s escaped for good or for bad, we don’t need him to interfere with an already complicated situation.”

“Are you suggesting that we go out and look for him?” Punch raised his eyebrows. “Now? When we got everything we want and are so close to getting’ away from here forever?”

“No.” Robert sighed. “We can’t risk our departure.”

“Ain’t that the truth?” Punch nodded.

“Well, then, if we ain’t gonna look for him, who is?” Punch exclaimed. “Not Marjani?”