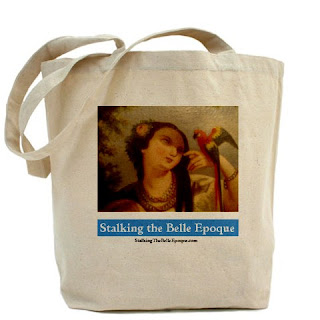 1. In Punch’s Cousin, what is the name of Robert Halifax’s brother?

2. Who wrote the parody song, Burlington Bertie from Bow?

3. What is the real name of the Vanity Fair artist who called himself “Spy?”

5. Who wrote the poem upon which Hubert Parry’s song, “Jerusalem” is based?

6. In Punch’s Cousin, how did Sir Collin Molliner die?

7. Which British king is the subject of an unusual autochrome housed in The Royal Collection?

8. Morganite is a member of which mineral family?

9. “The Fair Rosamond” was the mistress of which British King?

10. Film historian Robert Osborne started as an actor at which television studio in the 1950’s?

Once again, I want to thank all of you who come back each day to stalk the Belle Époque with me. Don’t forget to email your answers. I can’t wait to see who wins!
Posted by Joseph Crisalli at 6:52 PM