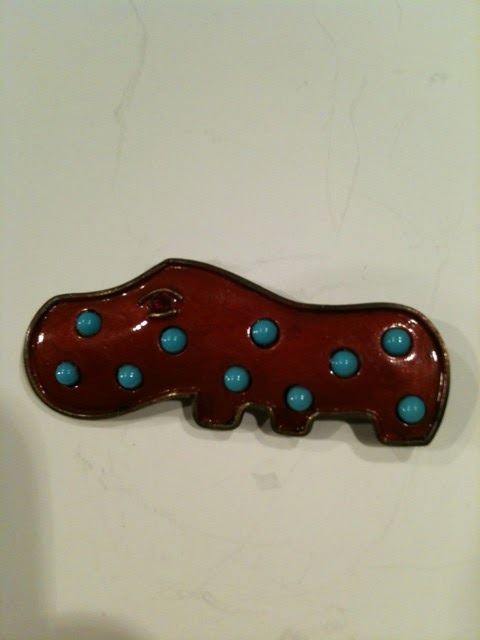 From the bequest of Dame Joan Evans to the V&A, we see this exceptional brooch of crimson guilloché  enamel, Persian turquoise and a bezel-set pigeon's blood ruby.

Made in 1892 for Fabergé by Viktor Aarne, the brooch was originally commissioned by the Prince of Wales (later King Edward VII) as a gift for Princess Alexandra (later Queen Alexandra) after she discovered his scandalous affair with the entire female cast of Chu Chin Chow.  Though Alexandra loved this addition to her collection of Fabergé animals, she found that she could not wear the piece because of the painful memories associated with it.

She wrote to her sister-in-law, Princess Victoria in 1893:

"Dearest Vicky.  I am deeply grieved that I did not spend more time with you during your most recent visit with Fritz.  I did not know you were here because I didn't hear you come in.  Bertie has been at is usual business.  He presented me with a lovely scarlet water animal which, here, they call a hippo.  It's such a dear thing with a sweet little red eye, yet I can't bring myself to wear it as it puts me in mind of his indiscretions.  Mama says she will take it from me.  However, I've noticed May eyeing it and want to get it out of the house before it finds its way to the bottom of her reticule like so many  of my other jewels.  Since May and Georgie will be married on 6 July, I'd best act quickly. Yours...Alexandra."


Curiously, Princess Alexandra tried to present this brooch to her mother-in-law, Queen Victoria, but found it missing.  Later, Princess Mary "May" of Teck was spotted wearing it.  No one knows through what circumstances it ended up in the collection of Dame Joan Evans. 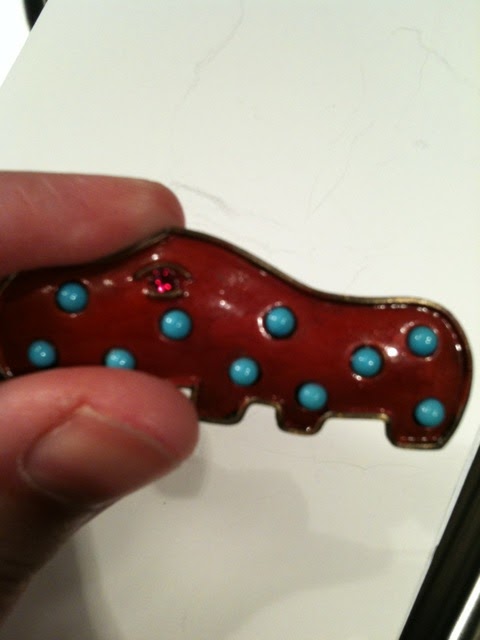 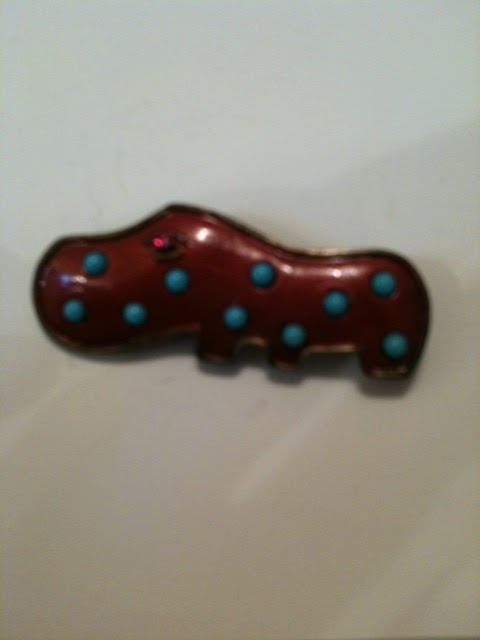 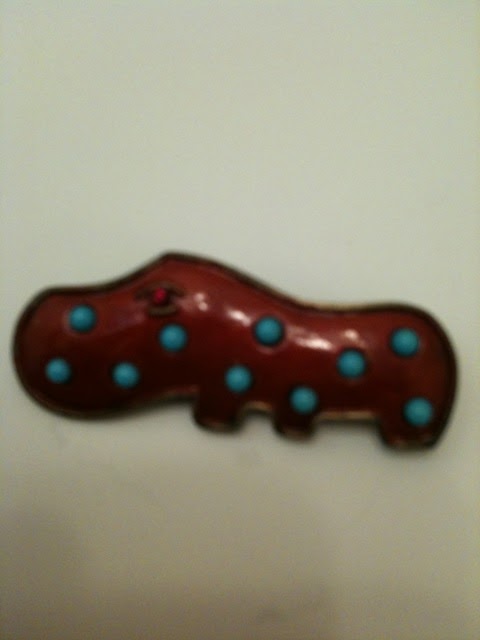 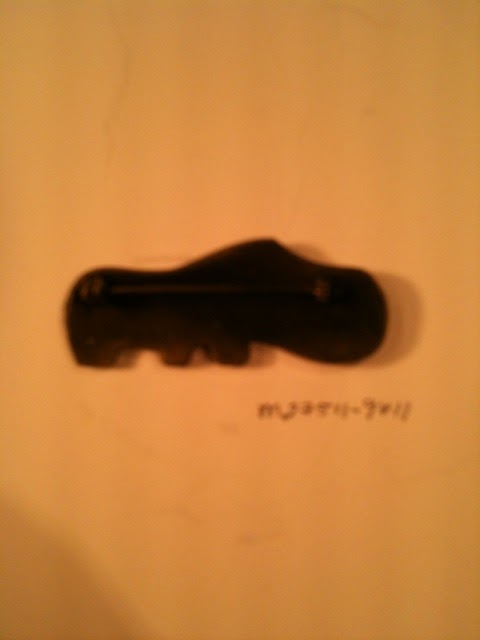 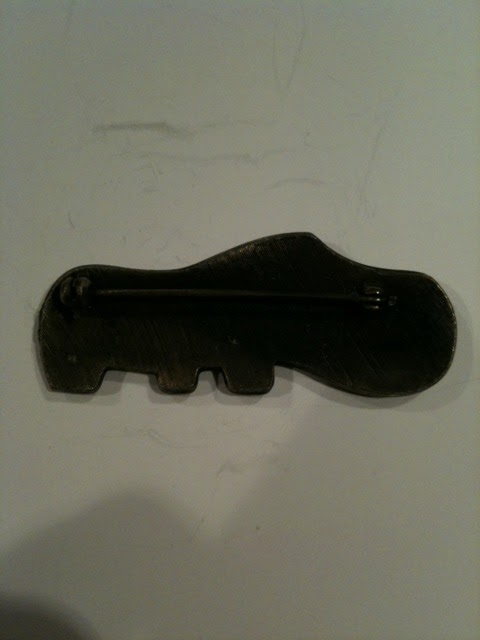 This brooch from circa 1962 is a costume piece that my mother purchased as a young teen.  You can tell it wasn't in the V&A since no one has written on the back of it!
Posted by Joseph Crisalli at 8:07 AM