Obscure Book of the Day: The Pictorial Life Story of King George the Sixth 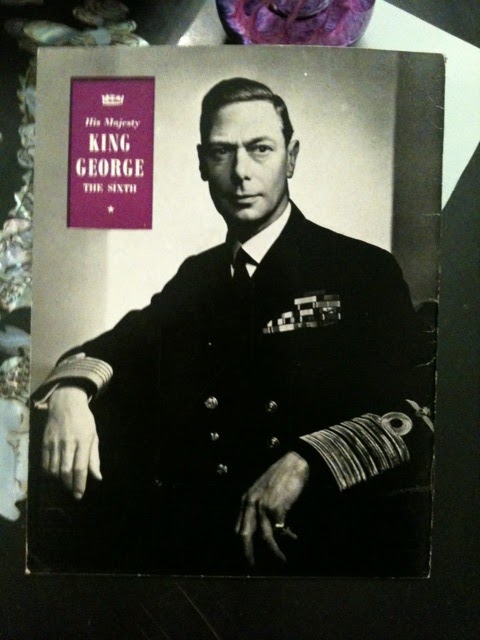 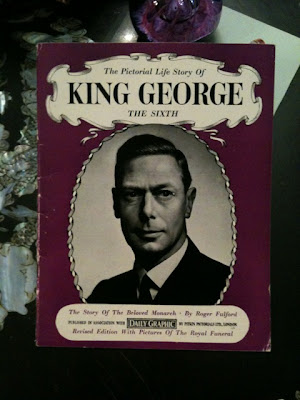 We all know a little about King George VI—that he was a reluctant King who took the place of his older brother, that he suffered from a speech impediment, that he was the father of Queen Elizabeth II, that he led Britain through World War II. However, what is lacking in most popular biographical accounts of George VI is his love of his family and his dedication to those who were closest to him.


The Second World War took a toll on the King’s health just s the First World War had on his father, King George V. By the 1950’s, the King suffered from breathing problems which were found to be lung cancer. In 1951, his left lung was removed. The Princess Elizabeth and her husband, the Duke of Edinburgh, began to quietly pick up many of the King’s official duties. Still, the King insisted on carrying on. In 1952, despite the protests of his physicians, he insisted on going to the airport to see off his daughter who was embarking on an official tour of Australia. A week later, he died in his sleep at the age of fifty-six. Princess Elizabeth hurried home—as Queen. 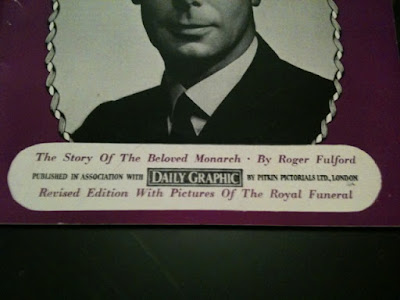 He is buried at St. George’s Chapel in Windsor Castle with his mother and father (George V and Queen Mary) and his wife, Queen Elizabeth, the Queen Mother. At the time of his death, his mother, Queen Mary, was very much alive, but also suffering from lung cancer. The death of her second son was the last tragedy that the dowager Queen would endure after living through the deaths of her fiancé, her parents, her youngest son, her husband and her closest friends and family.

This book, “The Pictorial Life Story of King George the Sixth” was published in 1952 upon the death of the Monarch and is advertised as “The Story of the Beloved Monarch by Roger Fulford, published in association with Daily Graphic by Pitkin Pictorials, LTD., London. Revised Edition with Pictures of the Royal Funeral.”

The book, like all of the Pitkin books, is filled with beautiful photos of the Royal Family—both candid and formal and is a touching tribute to this exceptional man. 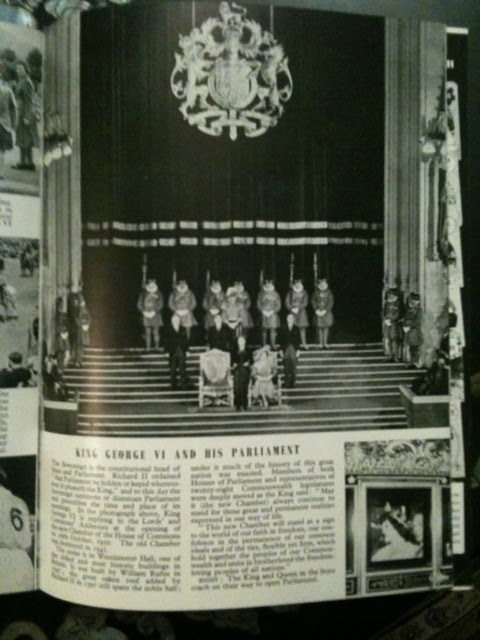 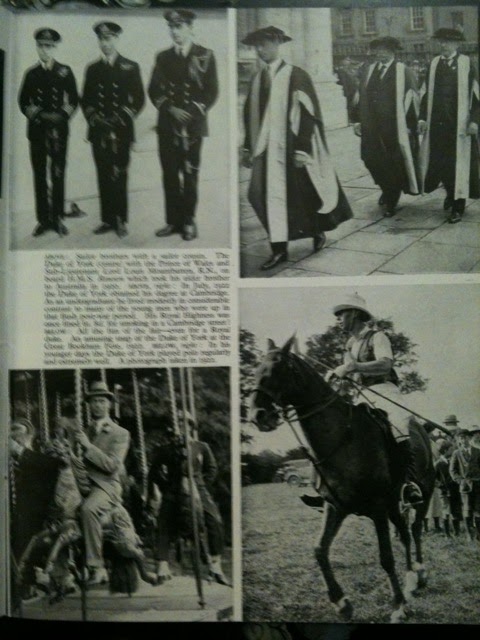 Posted by Joseph Crisalli at 11:09 AM

I think he's kind of hott! Not as hot as the current Duke of (is it) Cambridge, but hot in a very manly way.