The Celebrated Merton Abbey Mills was a textile factory in the parish of Merton in London, near the medieval Merton Priory. The mills were established in the early Eighteenth Century, however, textile concerns existed nearby from as early as 1667.


The Abbey was redeveloped for textile printing in the early Nineteenth Century and was acquired by the Pre-Raphaelite artist and designer William Morris in June of 1881 as the seat of Morris & Co.'s workshops.

This loom was used at the Merton Abbey Works for the instruction of carpet weavers around 1890. It still holds a small sample of a work in progress—forever frozen in time. 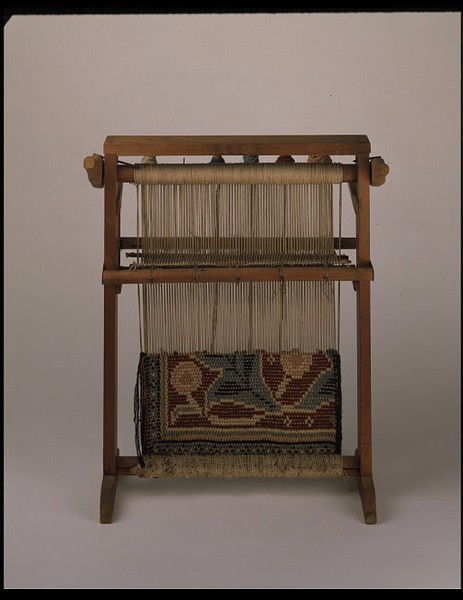 Posted by Joseph Crisalli at 11:37 AM