Object of the Day: A Trade Card for Pyle’s Pearline


We are not given to enthusiasm over many of these new ideals, but a fair trial will convince the most skeptical of the merits of Pearline. 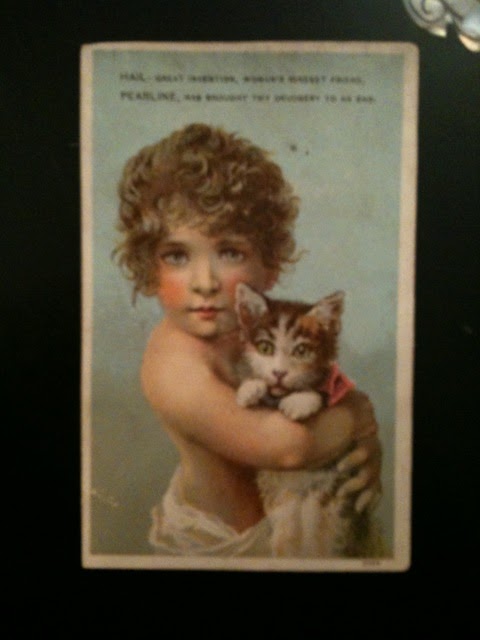 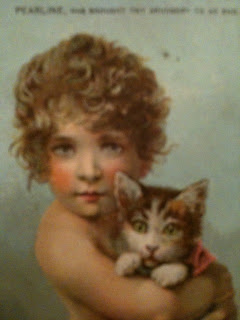 James Pyle, of English descent, in the Nineteenth Century, settled in New York City.  Towering at six feet, five inches tall, Pyle was always interested in fragrances and invented a granulated soap which he called “Pyle’s Pearline,” manufacturing out of a factory in New York’s Grenwhich Village.  The Pyle Family has a long and strange history ranging from being banished from the U.S. after being “loyalists” during the American Revolution to a curious association with “Padre Pio,”  the priest who became famous for his constantly-bleeding “stigmata.”

Here, we see a Victorian-era trade card for Pyle’s Pearline.  The obverse depicts a rosy-cheeked child draped in white.  The child is holding a wide-eyed cat adorned with a bright pink ribbon.  Above this image reads:  “HAIL—GREAT INVENTION, WOMAN’S KINDEST FRIEND, PEARLINE HAS BROUGHT THY DRUDGERY TO AN END.”

On the reverse—a series of words are connected to a giant letter “P.”  It reads:

Sold by all grocers.

From the Christian Intelligencer, N.Y.

We take pleasure in recommending to our readers an article which has in the last five years done more than anything we recall at the present, to relieve the hardest of woman’s work of much of its toil and drudgery.  We refer to James Pyle’s Pearline Washing Compound.  The immense consumption of this article is sufficient proof of its utility, and experience has taught us that it is far superior to soap.  We are not given to enthusiasm over many of these new ideals, but a fair trial will convince the most skeptical of the merits of Pearline. 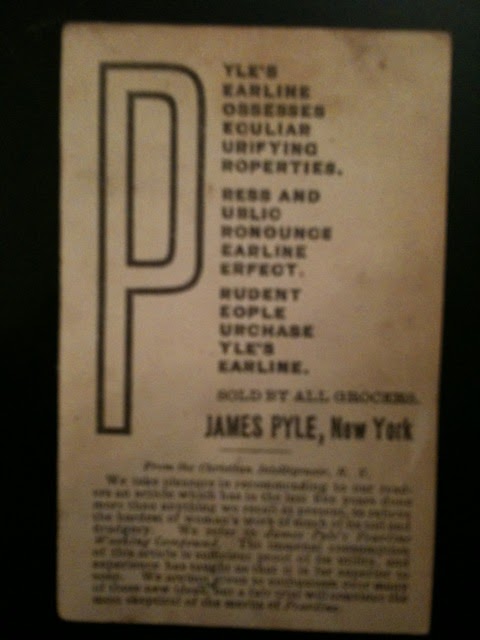 My investigation as to a familial connection with Goober and Gomer Pyle is still ongoing.

Posted by Joseph Crisalli at 8:46 AM