Well, isn’t this yummy? Here, we see a Christian Dior (1905-1957) cocktail dress made of raspberry-hue satin organza. A deep collar flares out from a fitted bodice from which gathered material cascades, seemingly held in place by two softly dramatic bows.

Dior believed that the design of a gown would come to him by studying the fabric. He wrote, “many a dress of mine is born of the fabric alone.” This philosophy is evident with this elegant cocktail dress. Dior let the crisp satin organza speak to him and guide him to create this bouffant masterpiece. The dress is given body by four layers of new petticoat affixed below the tightly fitted waist. The innermost layer of netting is further stiffened with horsehair so that the shape will be retained even after the wearer sits. 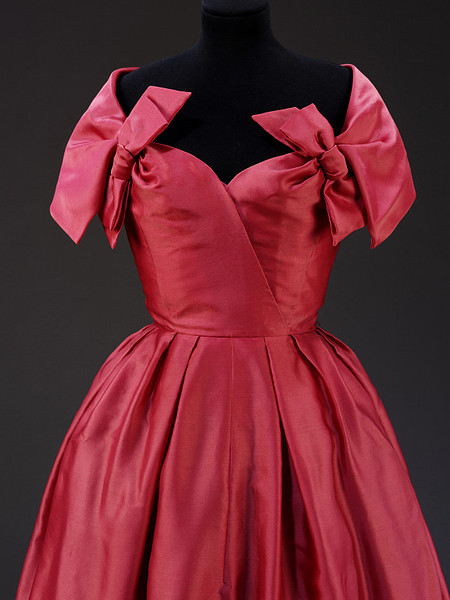 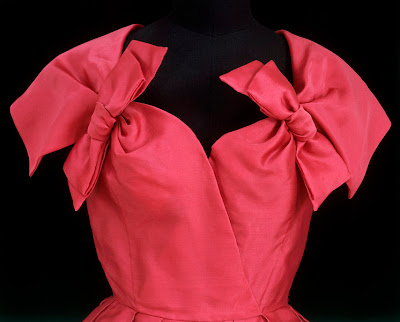 Made in Dior’s London branch (established in 1954), the dress dates to 1957. Dior collaborated with Marc Bohan (b, 1926) on this piece. This was Dior’s “red dress” for 1957. Each of his collections included at least one red dress. Dior famously stated that “red is the colour of life. I love red and I think it suits every complexion. Bright reds - scarlet, pillar-box red, crimson, cherry are very gay and youthful.” 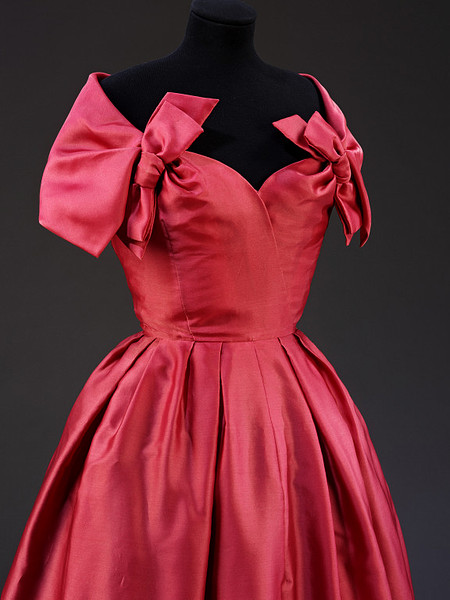 Posted by Joseph Crisalli at 11:11 AM