Beautiful and functional, this clock-watch strikes the hours and also has an alarm mechanism. The back plate is signed “Eduardus East Londini.” 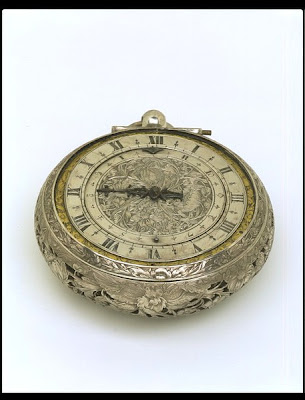 Edward East (born 1602, died around 1697) was, in 1660, appointed Chief Clockmaker to King, Charles II (ruled 1660-1685). He enjoyed a large and thriving business until 1697, when he may have died. It has, however been noted, that he never really wanted to be a clockmaker and only entered the profession reluctantly.

Despite his rumored resistance, he talent in the profession is undeniable as evidenced by the

finely engraved naturalistic flowers on the reverse of the case. These are in the style of the prints published for the use of engravers and enamellers by Jacques Vauquer (1621-1686) in Paris.

King Charles I was always fascinated by mechanical objects, and also enjoyed making gifts of them. It is thought that this watch was made for the King who gifted it to his sister, Elizabeth, Queen of Bohemia to, in turn, gave it to Gilbert Spencer in 1661. 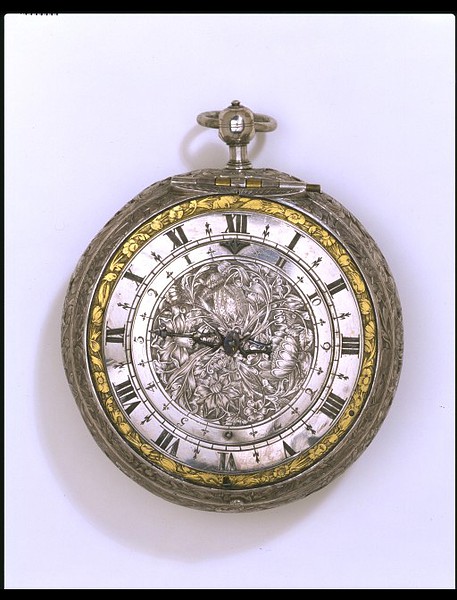 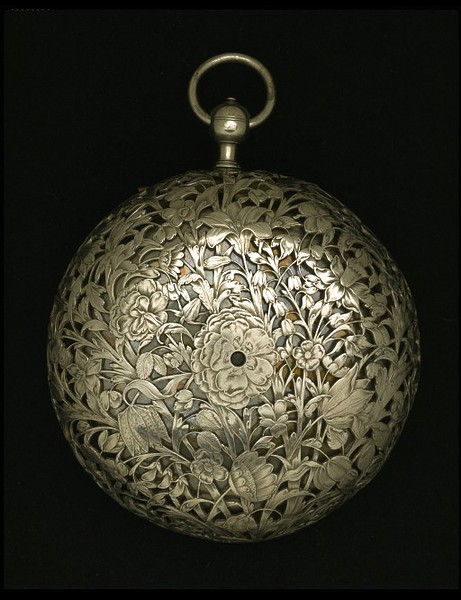 Posted by Joseph Crisalli at 12:52 PM