Of the three films in which James Dean starred, 1955’s East of Eden was the only one to be released during his lifetime. He wasn’t even meant to star in the film in the first place. The role of “Cal” was originally offered to Montgomery Clift who, as just one of a series of poor career choices, rejected the offer. 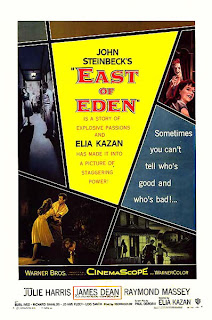 The film is based on the novel of the same name by James Steinbeck, but only loosely—dealing more with the second part of the book than the first. The story, in essence, is an adaptation of the “Cain and Abel” story from the Bible and focuses on the relationships between the “good brother,” Aron, and the “wayward brother,” Cal, their overly religious father and their sinful mother.

Set in central California in 1917, during the First World War, it is the tale of the Trask family who must deal with a changing world, encroaching modernity and the dynamics of their modest farm and their dysfunctional family. Adam Trask (Raymond Massey) rules his sons with a tight grip and is constantly disappointed by Cal (Dean) who he often compares to his brother Aron (the largely forgettable Richard Davalos). Adam also shields his sons from the reality of their mother’s identity, Kate (Jo Van Fleet) who runs a brothel. 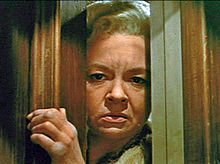 As Cal struggles to earn his father’s respect, he only manages to drive the man further away and he must deal with the truths of his life on his own, and later, with the help of his brother’s girlfriend, Abra (Julie Harris).

The film also stars Burl Ives and was written by Paul Osborn with uncredited help from John Steinbeck. Directed by Elia Kazan, the film opened to good reviews and remains in the public memory as a “classic.” 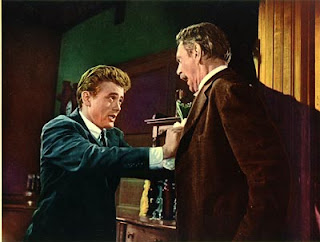 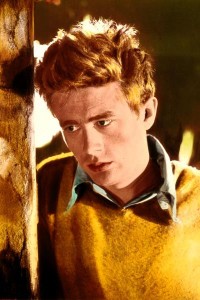 Posted by Joseph Crisalli at 11:03 AM