Object of the Day, Museum Edition: An Unusual Throne

If you thought that the British Monarchy had a lot of crowns, their number is nothing compared to the amount of thrones rattling around in various palaces. Just as I’ve had to pause to figure out which crown I’m talking about, I’ve had to spend some time this morning acquainting myself with the different thrones so I don’t lead you down the wrong path.  They all look enough alike as to be confusing.


So, let’s start with a throne of sorts—not English and not, technically a throne. Nevertheless, it’s an attractive chair and fits with the day’s theme.

Here, we see an armchair of mahogany with gilt-bronze mounts. The arm supports are designed as winged sphinxes. This chair is the work of the French furniture makers at Jacob Fréres and is stamped as such. It is stenciled underneath with the inventory marks of the Palais de Tuileries and the number 27463. The number refers to its removal to the Garde-Meuble in 1826 from the Chateau de St. Cloud. 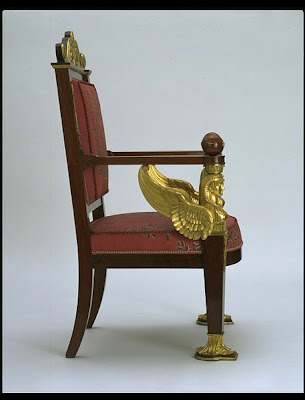 What’s curious is that though the inventory marks are genuine, the chair itself is a fake. It is not the chair that was removed from the Chateau de St. Cloud. It is, in fact, a newer chair from 1870 which was built on the frame of a much simpler chair. The original chair was the one which was supplied by Jacob Fréres between 1802 and 1803. Let’s look at the front legs. Aren’t they a bit out of proportion? The legs are, in reality, additions which were stripped from a table which had been built by Jacob Fréres.

In effect, we have a chair built in 1870 which someone has tried to give importance to by using the inventory numbers of an earlier chair built for Napoleon I. So, this is a con job along the lines of something Matt Bomer’s Neal Caffrey would have executed had White Collar been set in Nineteenth Century France. The forgery is quite clever and whoever did it took a great deal of time and effort to make it look convincing. Why? At this point, no one knows. It remains an attractive, if not poorly proportioned, mystery. 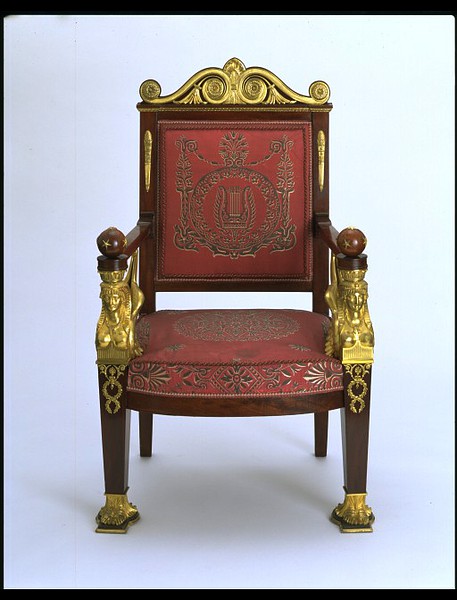 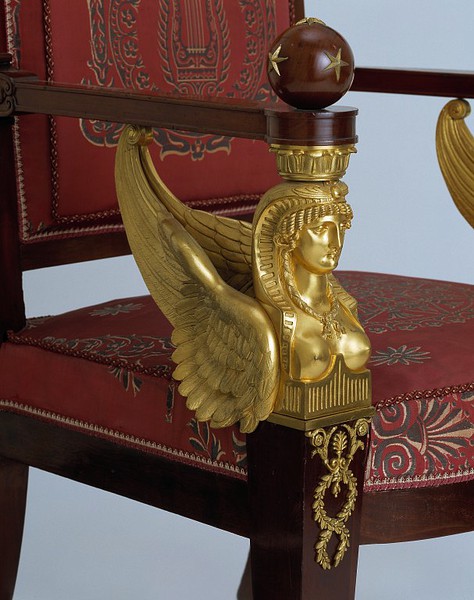 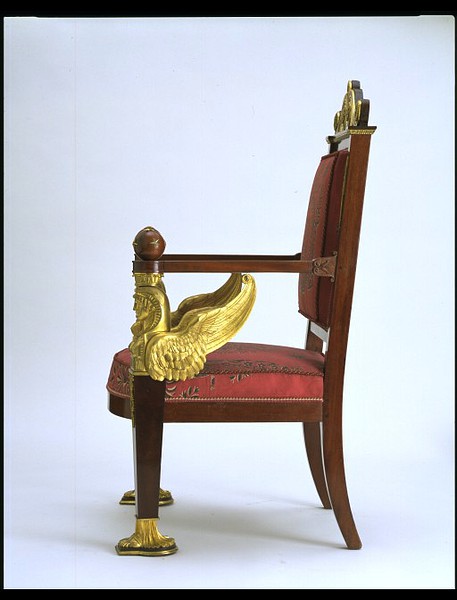 Posted by Joseph Crisalli at 9:13 AM