Person of the Week: Joanna Newsom 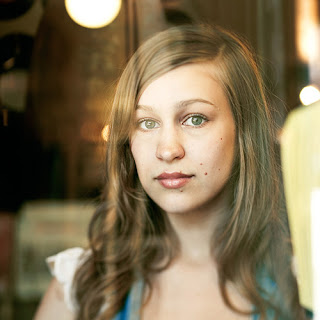 Growing up in a rather sheltered environment, Joanna Newsom wasn’t allowed to watch television shows or movies. She was shielded from the uglier side of life by her doctor parents who encouraged their daughter to find distraction in the arts. Joanna always had a musical disposition. At the age of five, she expressed a desire to play the harp, however, she was deemed too young for the instrument, and directed to study the piano first. And, so, she did.
Joanna was given her first harp upon mastering the piano and instantly fell in love with the instrument. Today, Joanna Newsom is one of the world’s foremost harpists, or “harpers” as she prefers to call it. She has described her relationship with her instruments as being akin to "an artificial limb or a wheelchair. It’s almost part of me, but more to the point, it serves a purpose, and if it wasn’t there I would wonder what was supposed to fit in its place."

While classifying Newsom’s unique style in terms of any one genre is difficult, she admittedly draws her inspiration from Appalachian and Celtic folk music. Her skill is unrivaled and her performances attract thousands of fans. Her voice—which she has called “untrainable”—is an unusual mixture of mellow sounds and squeaks. Fans of her work will notice that her signature voice has changed as of late—the result of vocal chord nodules which prevented her from speaking for several weeks. The treatment for the condition rendered her voice different, but nonetheless appealing.

Aside from her expert harp playing, Newsom’s music is exceptional for its poetic lyrics and intelligent themes. Her first album, The Milk-Eyed Mender, gave way to two more: Ys and, most recently, Have One on Me—all produced by Drag City Records.

Miss Newsom’s unique style puts the listener in mind of courtly music of centuries past while maintaining clearly modern themes. Listening to her is quite an experience. There’s a magic to her work which is most decidedly beautiful. For her contributions to the artistic world and her confident self-expression, Joanna Newsom is our Person of the Week.

Posted by Joseph Crisalli at 3:07 PM

Email ThisBlogThis!Share to TwitterShare to FacebookShare to Pinterest
Labels: Person of the Week