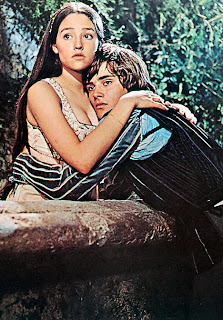 We all know the story of Romeo and Juliet. In fact, that’s usually our introduction to the work of William Shakespeare. Since the Sixteenth Century, many, many versions of this tale of star-crossed lovers have been produced. Some were brilliant. Others, not so much. Among the most brilliant is Franco Zeffirelli’s 1968 film starring Olivia Hussey as Juliet and Leonard Whiting as Romeo. 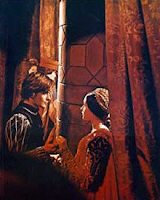 The best word for this film is “lush.” Director Zeffirelli breathes new life into the characters and sets them in a rich world of symbolic color and amazing scenery. With a prologue spoken by Sir Laurence Olivier (who is said to have dubbed the lines of Lord Montague as well), the cast features a young Michael York as Tybalt, John McEnry as Mercutio, Pat Heywood as the Nurse, and Milo O’Shea as Friar Laurence. 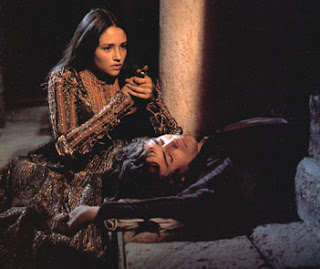 While the film does take some liberties with Shakespeare’s original text, the screenplay does justice to the story and holds true to the language in which it was written. Nino Rota’s famous soundtrack for the film became a popular and beloved favorite of the late 1960’s, particularly the ballad, “What is a Youth” with lyrics written by Eugene Walter who was inspired the Shakespeare’s sonnets.
It’s a gorgeous film—grand and sweeping—with scintillating performances. I think it’s one of Zeffirelli’s finest works. With an epic score, moving performances and unparalleled direction, Romeo and Juliet will whisk you away.

This clip featuring the song, “What is a Youth” is just a glimpse into the majesty of this important picture.