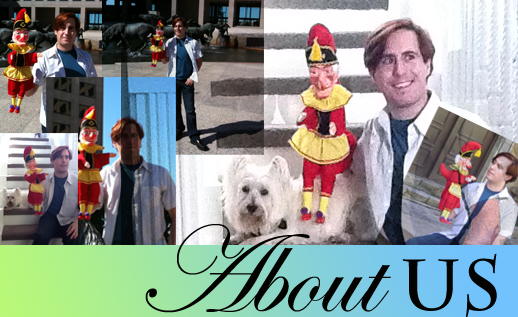 The Stalking the Belle Époque team is small, but mighty.  And, a little odd...but, happy.  We are one man, one terrier and his cat, and one puppet, each with his or her own values and ideas. 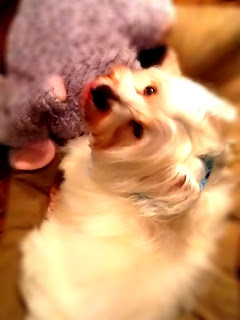 Bertram Wilberforce Wooster was born on June 11, circa 2000.  He's a West Highland White Terrier from Stillwater, Oklahoma and he spent his formative months in a chicken coop.  This, as you might guess, didn't work out and he was exiled to Texas.  His interests include toys which squeak, cookies, sleeping, red sauce and round meat, visiting Grandma and Grandpa, romping through Art History, rides in the car, chasing chickens, napping, cheese, whipped cream, dinner, watching television, barking and being a bossy boots.  Bertie is a staunch advocate for the rights of homeless animals and encourages everyone with a good home and love in their hearts to consider adopting a pet. To that end, Bertie adopted his very own cat, Oscar, who he found living in his backyard. 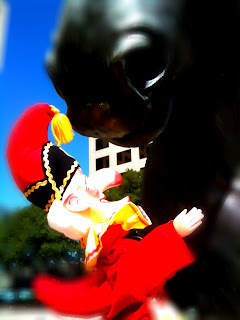 Mr. Punch is a puppet based on the centuries-old tradition of Punch & Judy.  He was custom-made by the master British puppet-maker Bryan Clarke.  He came to Texas in 2011 and is passionate about hitting things with sticks, sausages, petting horses, chattering, beating the Devil, not being hanged, and meeting other puppets.  Mr. Punch is the proud mascot of Stalking the Belle Époque and has a central seat in Joseph's office from which he oversees everything.  Throughout the years, Punch has been joined by other Mr. Punches and an assortment of puppets which were made throughout the Nineteenth and Twentieth Centuries. 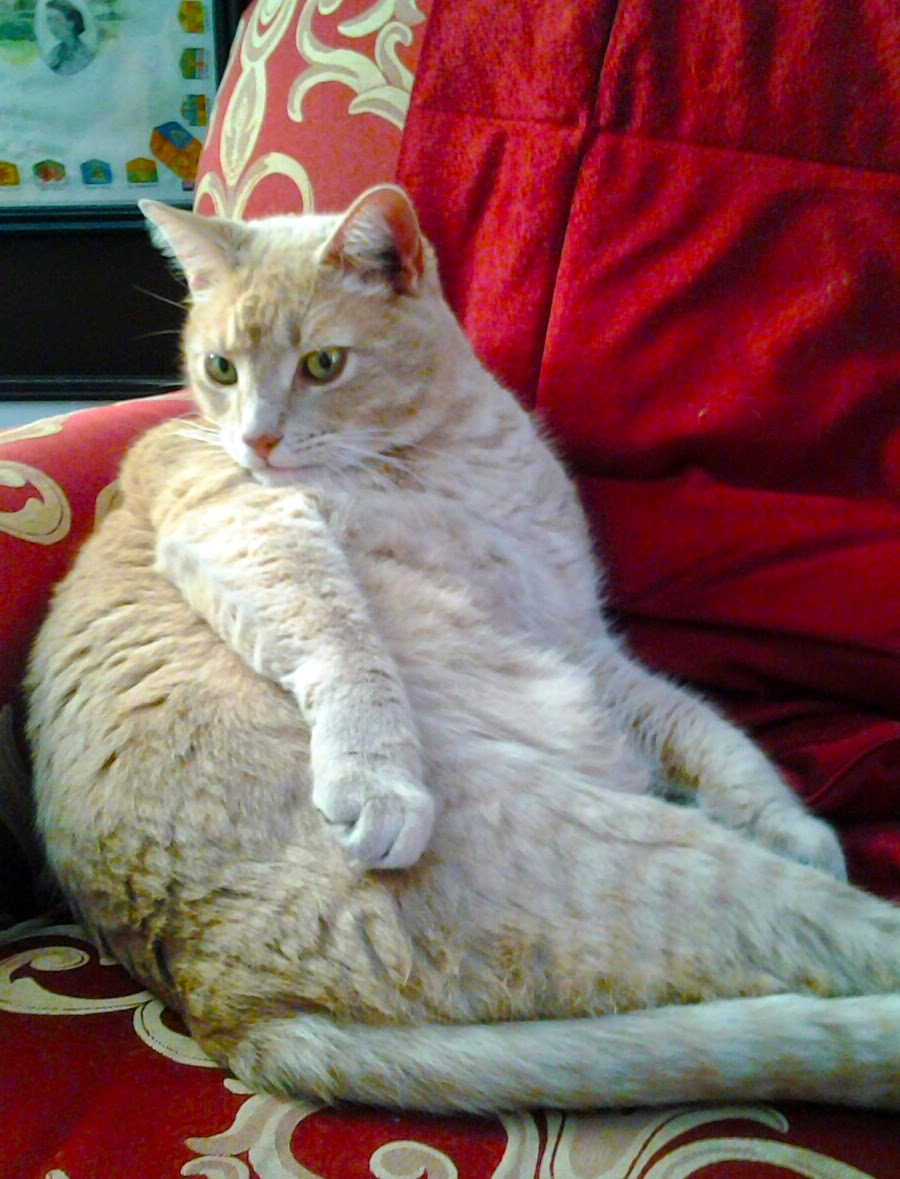 Miss Oscar Katz spent some time living on the streets before she decided to take up residence in Joseph's and Bertie's house.  Bertie took a liking to this larger-than-usual orange tabby that he had spotted hanging about his back yard, and colluded with her to ensure a place for her inside the house.  One winter day in early 2014, Oscar followed Bertie into the house and Joseph, powerless, allowed her to come and live with them.  Called "Oscar" before Joseph knew she was a girl, she quickly became "Miss Oscar" and even more quickly became a beloved member of the family.  She likes to sing, eat, play, nap, eat, nap and eat.  She is without a doubt the most talkative cat in Texas and delights in walking about the house chattering to anyone or anything that will listen. Her catch phrase is the jubilant greeting, "Meow-ro." 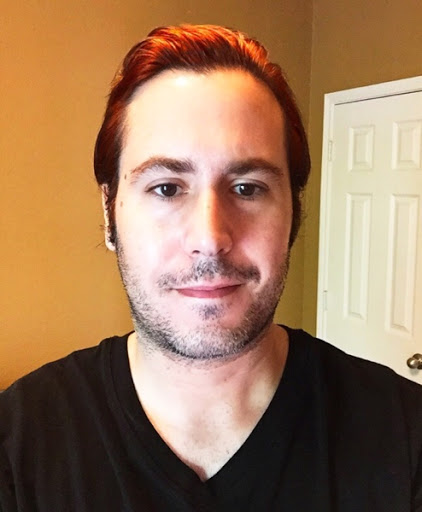 Joseph Crisalli was born in 1973 in an undisclosed location in the north-eastern U.S.  He's spent most of his life in Texas where he remains today.  The author of The Garnet Red, Joseph illustrated and co-authored The Emeritus Peabody Mysteries and The Turnip War.  In 2010, Joseph debuted Stalking the Belle Époque which he updated seven times a day, seven days a week for nearly five years.  Along with this blog, he introduced the three online novels: Punch's Cousin and Mr. Punch of Belgrave Square, and,  A Recipe for Punch.  When not being an author and historian, Joseph likes to practice his puppeteering skills as one of the few Punch & Judy men in the U.S.,  Joseph enjoys shopping for and collecting antiques, art and ephemera, and feeding stray animals as well as researching the history of Britain and the British Royal Family, especially King George V and Queen Mary.  And, cake...cake is always good. Feel free to email.

I love your style & your concept.
This world needs more people that think like you.
Keep up the good work
Angela Bowden

This is wonderful! Your blog is such an inspiration. I also run an Edwardian blog at: www.edwardianpromenade.blogspot.com but I have been neglecting it a bit recently. It's great that you update your blog every day.

You may also like my royal blog at: www.royalrendezvous.blogspot.com.

Thanks, Viola. I'm sure my readers would also enjoy your blogs!

You have an absolutely amazing site Joseph! Filled with all sorts of wonderous things, here is a site for you to check out! And thank you for sharing this with us!www.jacquielawson.com